Mum's the Word is an annual event run by Cardiff based charity Care for the Family. The aim is to give mothers of young children the support and insight at a friendly and informal evening. We have worked with CFF in the past to update their identity and so they approached us to brand this campaign that was to tour parts of the UK during a three year lifespan.

We looked at the audience that CFF were looking to attract and how they wanted to draw them to the event. We worked on visuals that would give the idea of something informal, nothing uptight or stuffy. We wanted to be inclusive, and to appeal to a broad range of mums with children of all ages from all backgrounds. The identity we designed used a range of toned down colours, to show a warmth to the campaign, and we helped to structure wording that wasn't patronising, and genuinely helpful.

Along with this, we arranged for photography to be authentic, and luckily for us Care for the Family were deinitely up for using real mums rather than models. So that's what we went with, we took real families, and put them in comfortable settings, together with warm tones and soft visuals. 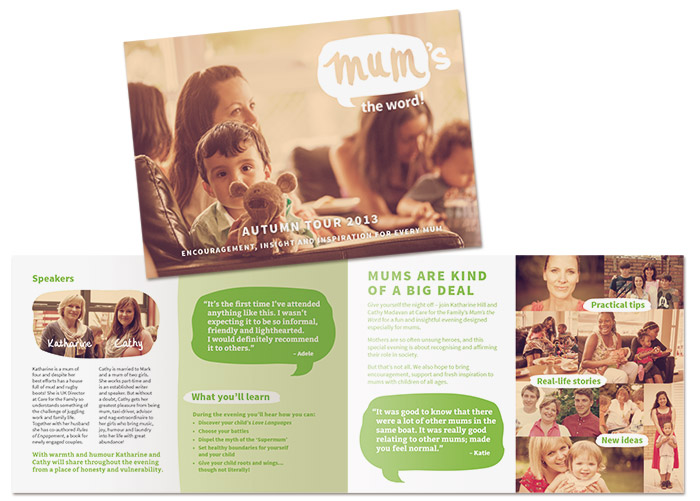 The invitational brochure sent out as part as the promotional pack

An invitational pack was sent out to women that had signed up to express interest, or had attended a previous event. Within the branded envelope was a letter of invitation, a four page brochure with details of the event, and some postcards with little tidbits of info showing the kind of women that would be involved, and the kind of problems they faced. We hoped the postcards would be shared with friends and potential attendees. 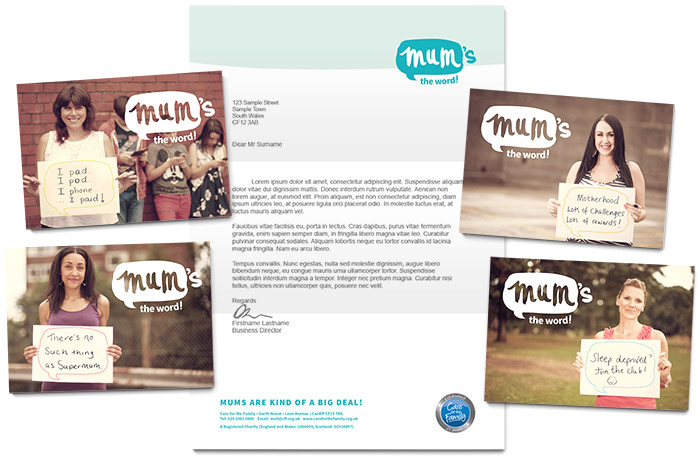 We also produced posters, which would be sent out to venues hosting the events, and churches local to the venues. After the invitation stage came the tickets, the range of colours were used for each of the locations. 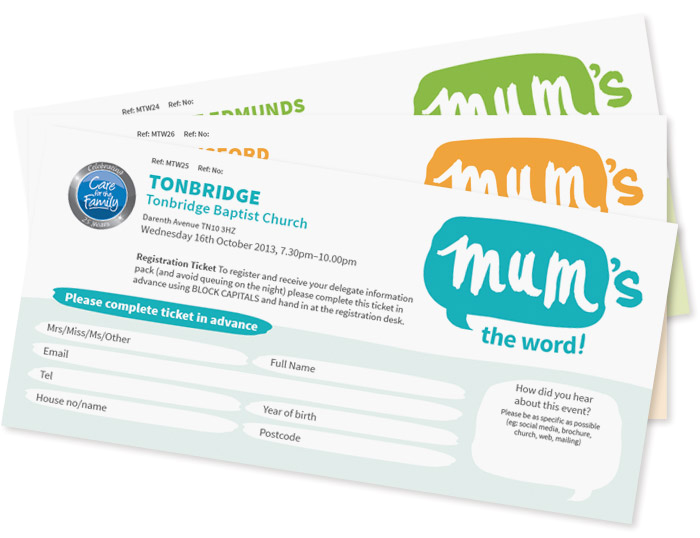 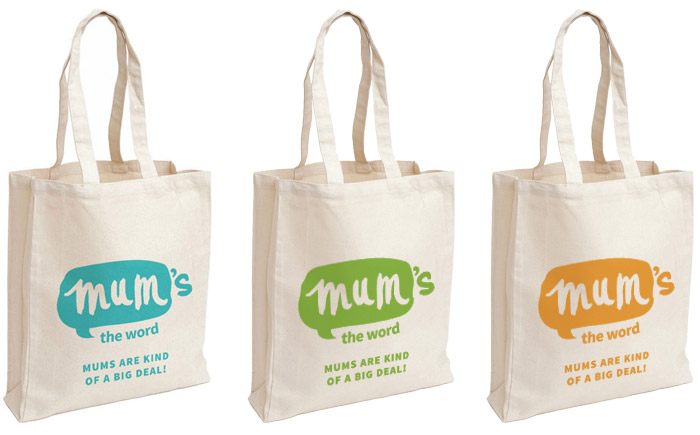 For mums attending the event, a branded tote bag containing event literature including a small brochure which detailed recommended reading, and sites to visit for further information. It contained brief illustrated notes on the talks and helpful tips that the mums could take away from the night and use. There was also room for notes and short quotes from women that had been through similar situations. 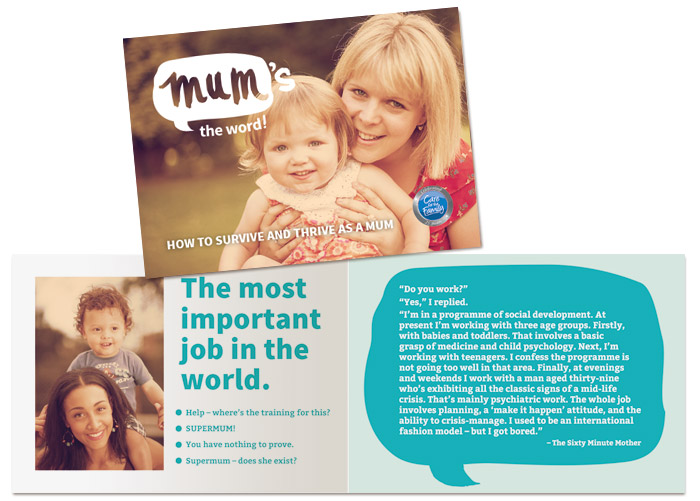 The event booklet that was handed out on the day

We also designed exhibition artwork to stand as a backdrop to the speakers and to give consistency to each event along with screen designs for the projection slides that contained the information for the speakers.

Since the first event

The 2013 event was a success for Care for the Family and we have since been arranging updates to the printed materials. New locations were included in the line up for the tour and a new lead speaker in Diane Louise Jordan was announced.

Back to all Projects 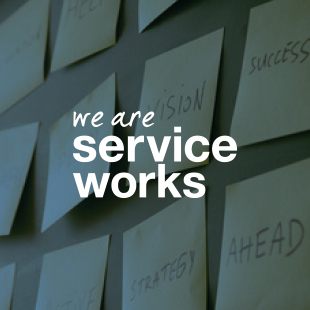 We are Service Works 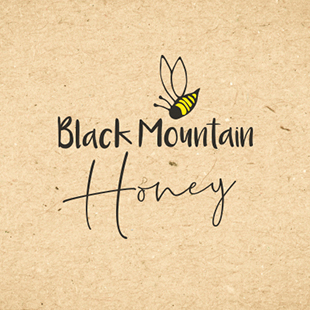 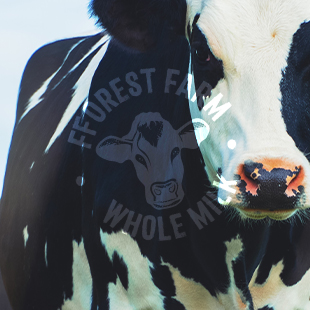