To ensure the new website presents information clearly and engages the public. To provide a good framework for information and to help users access it easily. To ensure that the design and styling can be easily adopted for other sub-sites of the Welsh Parliament. 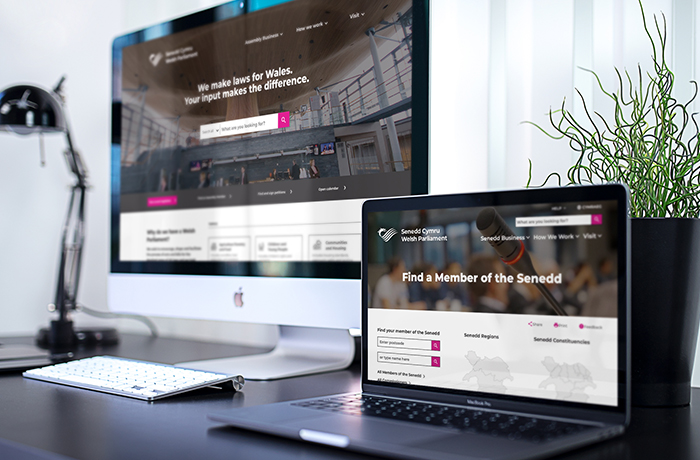 At the outset we were provided with a feasibility study and lots of data that included research such as user journeys and a set of personas, a great starting point for design and information architecture. We did a short discovery exercise to explore other parliament websites and information rich websites, which was useful to get ideas and discuss likes and dislikes with the team. Following the initial investigation work, we organised a series of workshops with the product delivery team to progress the information architecture, content sorting and navigation. During the course of these we raised important questions, challenged assumptions and confirmed the objectives for the website. 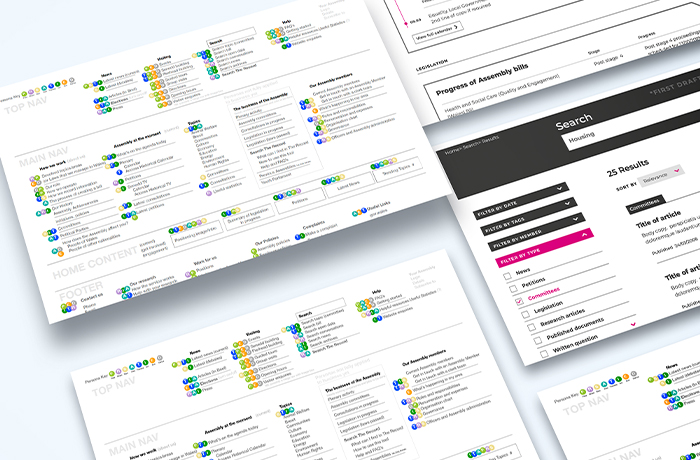 During the workshops, we were able to sketch up some of the core landing pages, following this they were prototyped and tested with a range of users for feedback and benchmarked against the persona profiles. Page layouts and content were revised according to user feedback and we worked towards a solid IA and 15 master page designs in desktop and mobile formats. Adobe XD was used to create the prototypes which were easily shared with the team for live and continuous feedback. This method allowed for multiple rounds of input before the design and styling phase and the development sprint could begin.

We presented design options that offered a range of styling and themes until a master theme was decided on. Using brand fonts and colours, Welsh Parliament photos and icons ensured consistency and cohesion across both the main website and sub sites. The design was applied across the sub sites for example the Youth Parliament and Senedd Research sites until a common theme was agreed that worked for all websites. Internal feedback was gathered at this stage by the product delivery team until we were to a point of sign off. Adobe XD web page templates were then styled and designed accordingly. 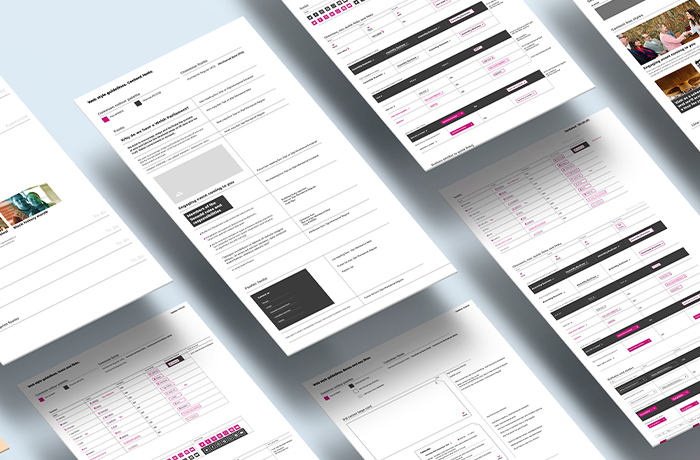 The assets and a website style guide were created for the team at Method 4 to build the pages across desktop and mobile devices and then for the Welsh Parliament product team to use after the initial build. After more iterations, the design sprint had come to a point where I could step back as the data migration started and the website was in full development stages at Method4. Following this the site was handed to the Welsh Parliament product team to shape and manage their own content.

So much more has been done to the website since my involvement, I was involved in the early stages to help bring the perspective of the user and to design the master style. As in any digital project of this scale and nature, the website continues to change as more information is required in the site and more is known about how users are engaging and accessing information. The internal product delivery team at the Welsh Parliament continue to populate content within the new platform and have developed the design style guide further. The Alpha website went live approximately one year from when we started.

4. Do the hard work to make it simple

6. This is for everyone

9. Be consistent, not uniform

"Thank you Michelle for your contribution to the project and for your patience throughout. The design was intrinsic to the project and it was critical to have a sound design when we reached the development phase. It has been a pleasure working with you. I think the finished site looks great, and is a huge improvement on the old one (and early feedback from users confirms they agree)."

"Michelle came along side us to help with the design, styling and templates for the website, it was a complex job, and there was a lot involved, both in terms of practical design steps and helping the product team to make good choices with a user centred approach. She slotted into our team sprints and wasn't afraid to challenge decisions or change direction - all necessary for us to get the best outcome for the site. It's nice to see the site finally out there in the World. There are ongoing challenges and we've built it so that changes and developments can be managed by the Welsh Parliament team, but ultimately it looks and works so much better than the old site. It all hangs together much better and navigation is a lot easier now, so thanks for all your hard work Michelle."

Back to all Case Studies 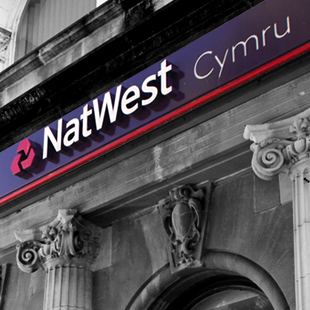 A new direction for NatWest in Wales 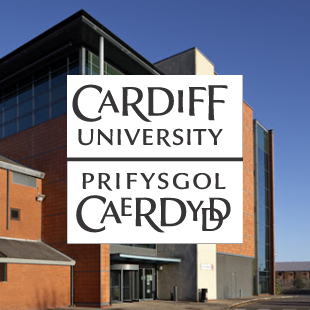 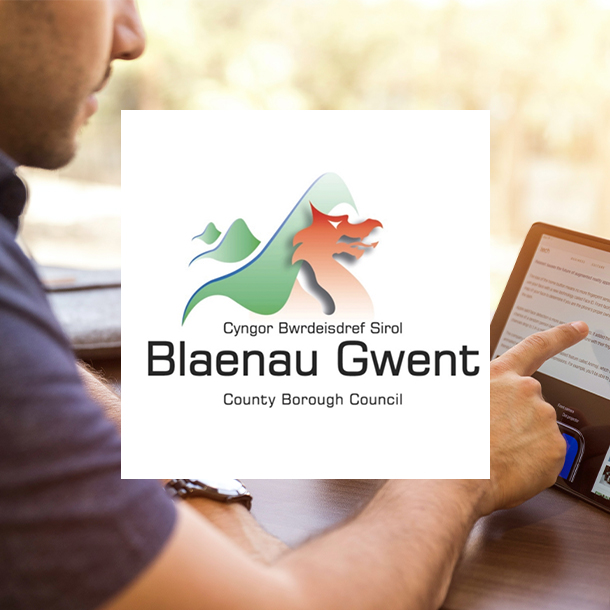